Japan’s shopping mall, Aeon 2 will be launched in 2018 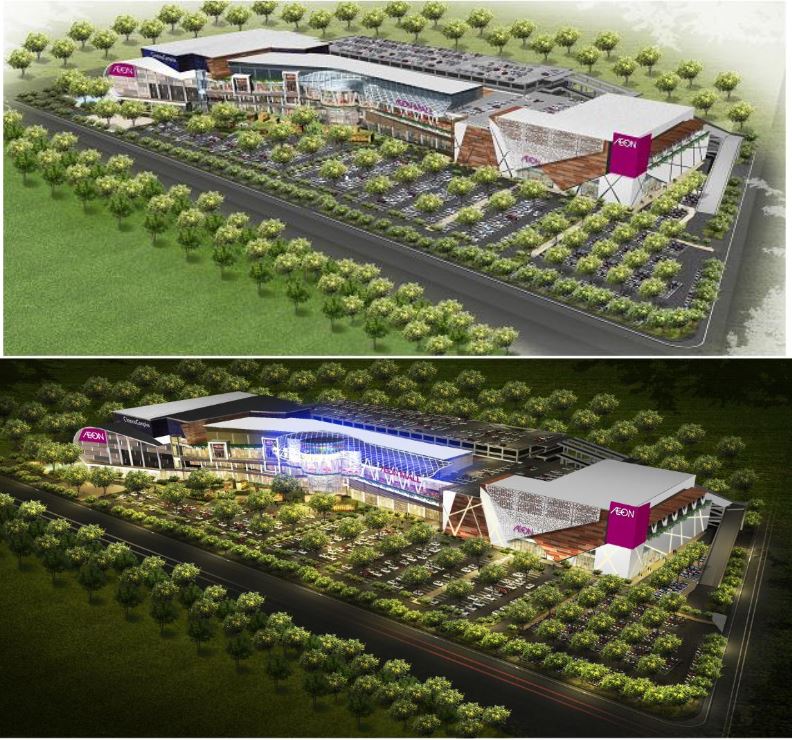 Second development project, Japan’s shopping mall, Aeon announced the official construction, in late June by the project owner claimed that the mall will be launched in 2018.Aeon 2 is located in the new urban development projects “PONG PEAY CITY Project” of LYP Group northwest of Phnom Penh city next to Camko City.

Mr. Makoto Yajima, CEO of Aeon Mall Cambodia, confirmed that AEON 2 is larger than AEON 1, located near Koh Pich. The new construction project area over 100,000 square meters, spending about 20 months and will be opened in 2018. However, he did not reveal the total investment in new projects.

Aeon Mall 2 has 4 stories tall, with a construction area of over 15 thousand square meters. The new supermarket will employ approximately 2,500 when enabled.

Mr. Hong Kyu Lim, CEO of Hyundai Engineering, which received permission to build a supermarket Aeon 2 Construction, said the mall buildings with a height of 4 floors, including theaters, polls, bowling, shops and many other service providers. He said that this project will become a symbol future trade and contribute significantly to economic development. Through this project will make Aeon Mall Group expanded its business potential grows throughout Asia and the whole world.

Mr. Chiba Seiichi CFO Aeon said 2nd investment decision on the project in Cambodia is in response to the rapid progress of Phnom Penh, People’s demand for quality goods and services, which has increased steadily. He said that the project Aeon 2 This is an investment that in line with the policies helped contribute to expanding urban development of the Cambodia government.

Japanese Ambassador to Cambodia, Mr. Yuji Kumamaru raised that in 2010 people each earned an average income of about $ 500, but this has increased to more than $ 1,000 already in 2014. The investment is also a contribution to development the country will improve the livelihoods of people through job creation and provide new business creation for the people of Cambodia.

AEON Shopping Mall 2, launched the construction in Cambodia after the AEON Mall 1 in the Diamond Island amounted to approximately 205 million US dollar by running successfully.