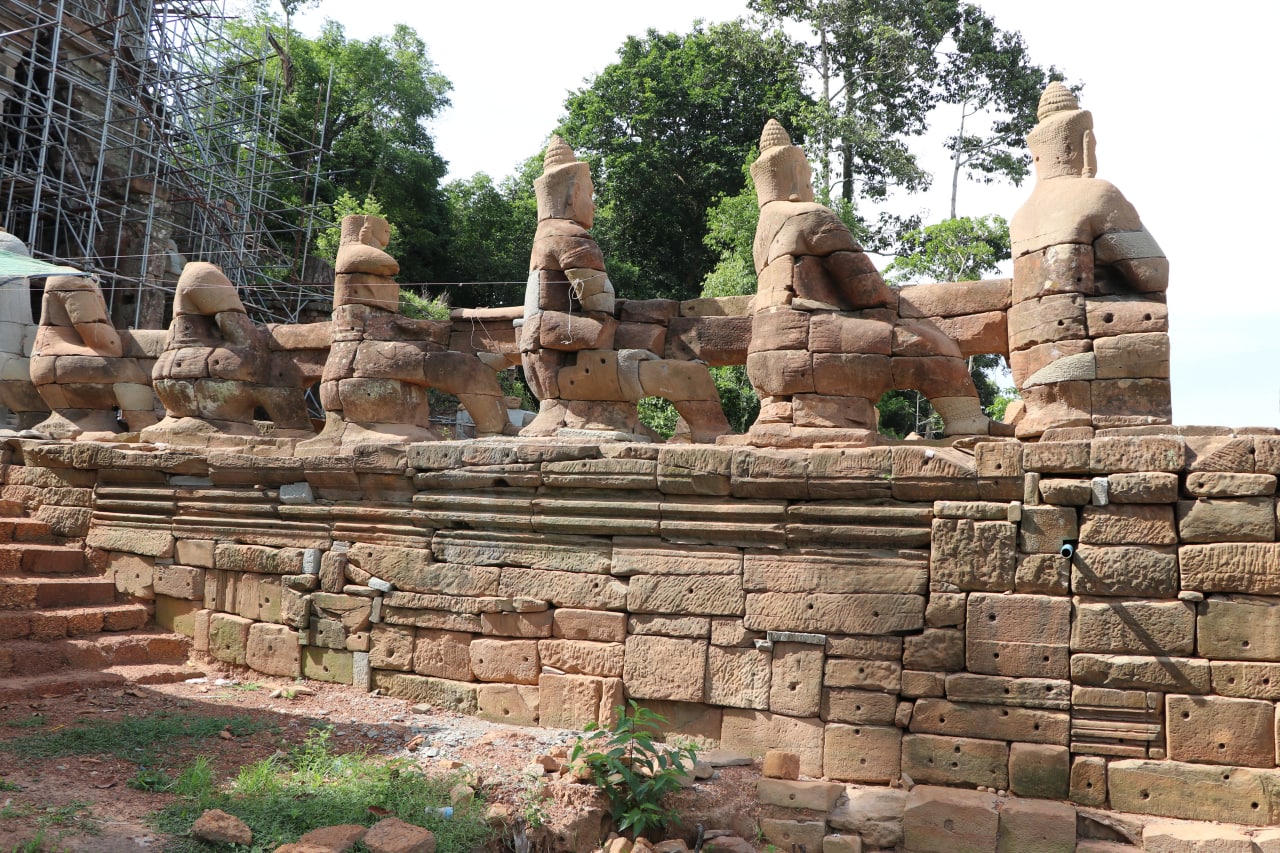 During excavations on the north side of the Takav Gate’s causeway, the restoration found fragments of the Deva balustrade that had fallen into the moat in the northern causeway for hundreds of years. All pieces must be registered, sketched, and photographed before being taken out of the excavation pit to clean, restore, and placed in their original place.

Tim Thida, an archaeologist of the Department of Conservation of Monuments and Preventive Archaeology, said that the excavation phase, which was 60 meters long, 6 meters wide, and 10 centimeters deep, found fragments including Deva body parts such as the pieces of the arms, legs, and eight heads. Six Deva heads are kept at the Heritage Police Headquarters for safety, while the other two heads had one head split into two parts and the other one was very worn and fragile, which required waiting until the stones are solid before moving it to the restoration site.

Ms. Thida added that the discovery of all these pieces of sculpture provided an important benefit for the restoration of the statues at the Takav Gate’s causeway. So far, she said, excavations have found about 30 percent of the Deva statues.

She added said that the excavation in the first stage has not reached the original soil during the construction of the causeway yet. After the completion of the first layer excavation, APSARA National Authority will continue to excavate the second layer, which is the natural soil layer to understand the structure of the causeway so that the experts can prepare to strengthen the bridge. It should be noted that the excavation began in early May 2022 and is scheduled to end in late July 2022.