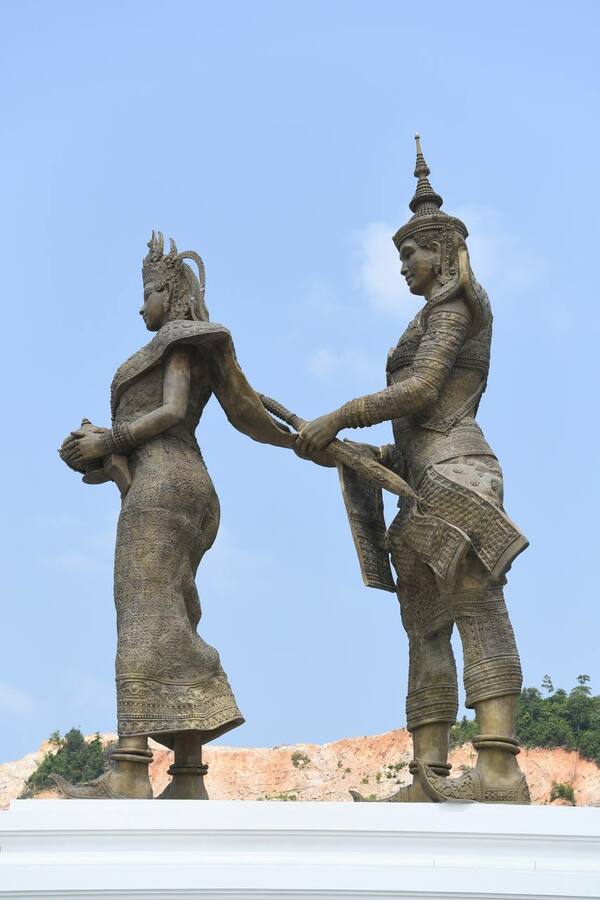 “Preah Thong Neang Neak” statue of 21 metres tall on a throne of 6.34 metres high is the largest copper statue in Cambodia.

The statues have been becoming the province’s tourist attractions and a prime spot for taking pictures for local people and national and international visitors.